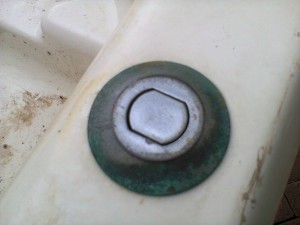 When removing Jacuzzi Air Buttons, please keep in mind that there is an Air Pipe attached to the back of the air button. This pipe will only become visible once you lift the button up.

So do it slowly, if the pipe comes off, you may never be able to find it again.”

Jacuzzi Air Buttons are generally used to switch the following components on and off:

Some Air Buttons look like mushrooms and are also called mushroom bellows.

These mushroom bellows are perfect for when your Jacuzzi’s pump system is located more than 5 meters from the actual Jacuzzi itself. The benefit of the Mushroom Air Button is that it can activate a 2 Way Air switch at about 6 meters effectively. In Some cases we have tested them on 10 meters with a 3mm air pipe.

Flat Jacuzzi Air Buttons are used when the Jacuzzi Pump System is located close or under the Jacuzzi. These buttons don’t normally work further than 4 meters.

They look really nice and is the preferred option for Jetted house baths.

Air Buttons can be used for other things too.

If you need help fixing or installing an Air Button on your Jacuzzi.